The team at King Kleen were very excited to team up with Amherstview Golf Club for a summer-long Golf Giveaway campaign: Six weeks of FREE rounds of golf for two + golf cart included + swag giveaways, were on offer to eager participants.

Over the course of six weeks, the giveaways were promoted on the social media platforms: facebook, Twitter, and Instagram. Random names were drawn from the different platforms as they interacted with the giveaway posts. Lots of traffic was generated and new fans/followers were brought on board.

Lots of golf was enjoyed by King Kleen fans who won, over the summer and the team at King Kleen is very thankful for everyone’s participation. Check out some of the fun Josh had promoting the Giveaways, in these couple promo videos; followed by the promotional graphics you may have seen circulating on facebook, Twitter, and Instagram. Rest assured that the King Kleen team have plans for more promotional giveaways as a way of saying thanks to customers and followers. 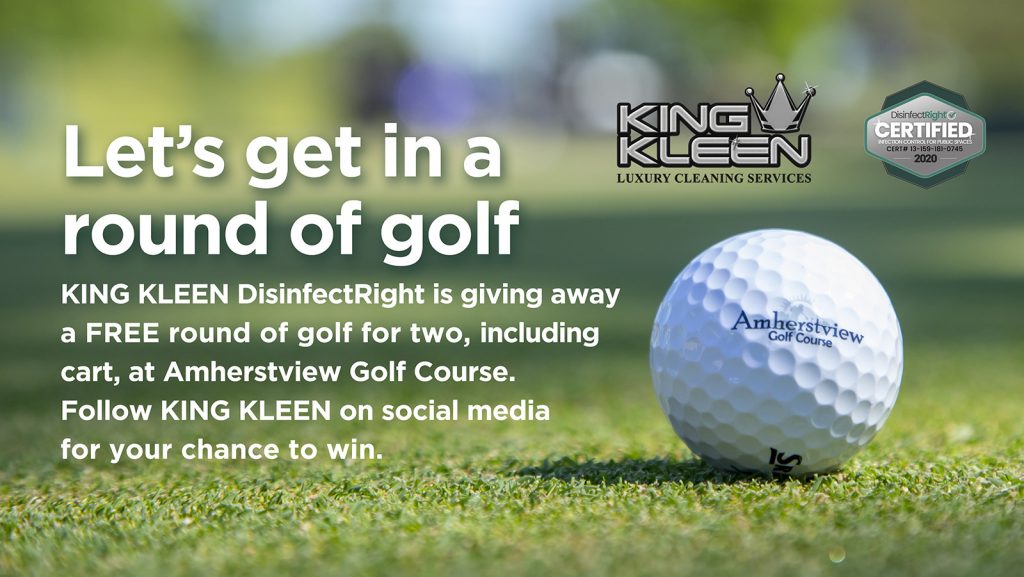 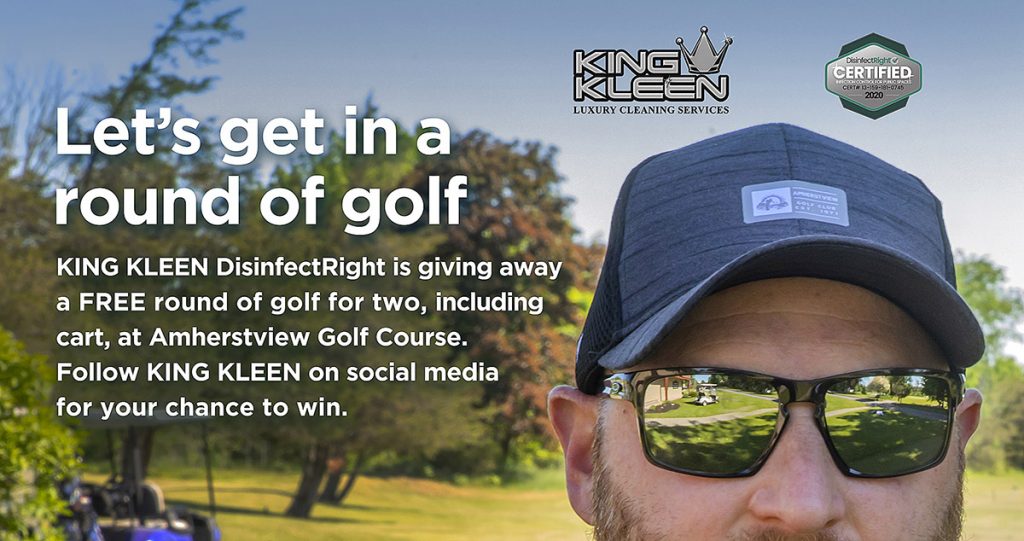 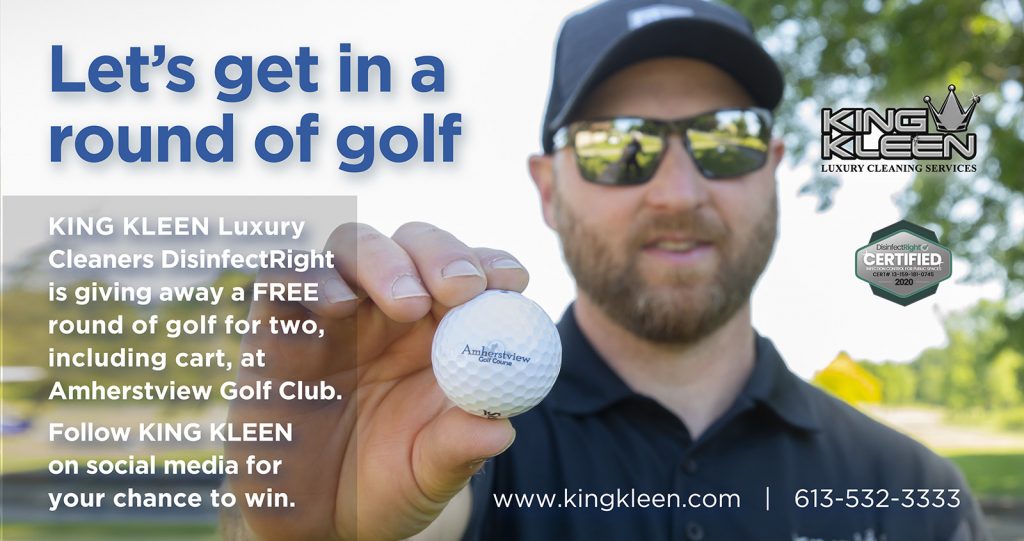 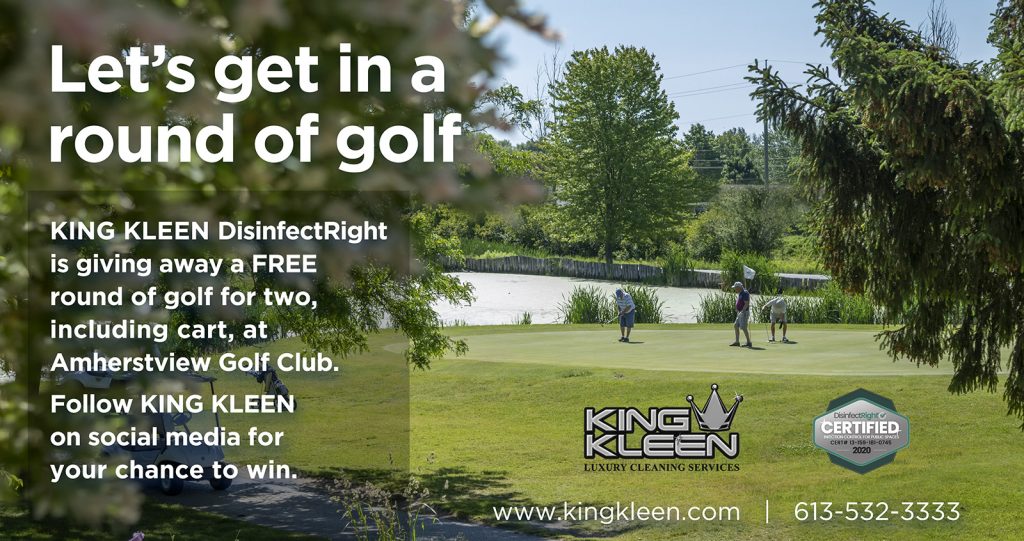 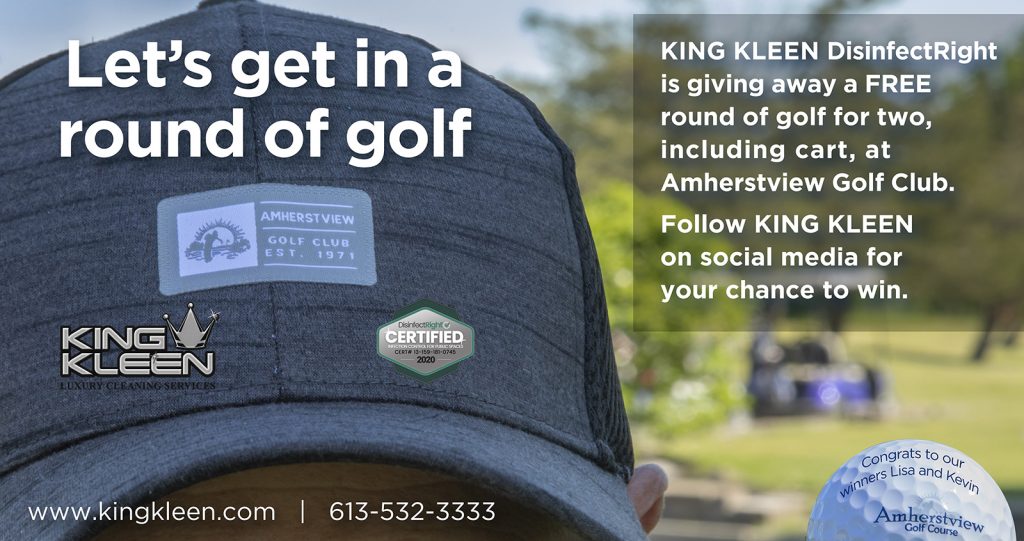 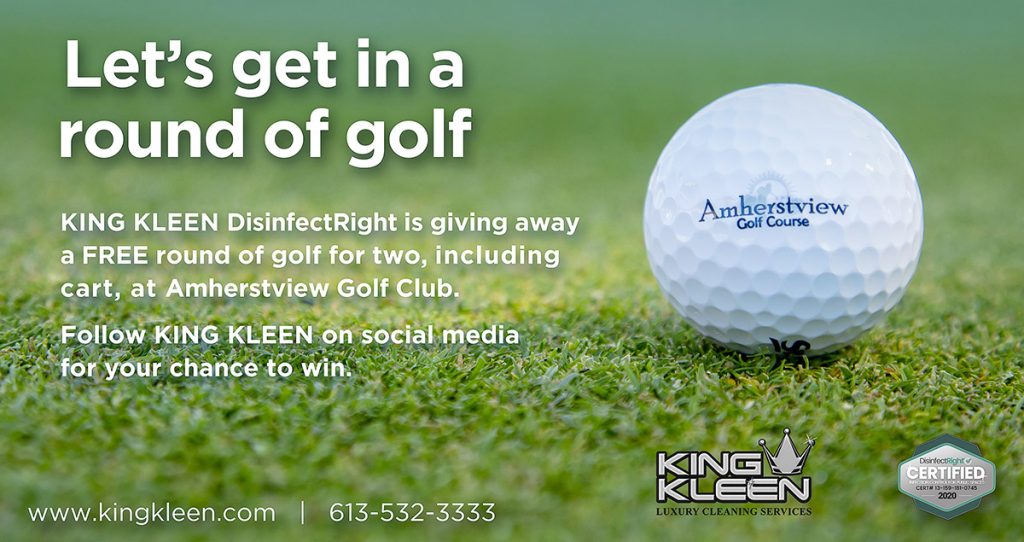 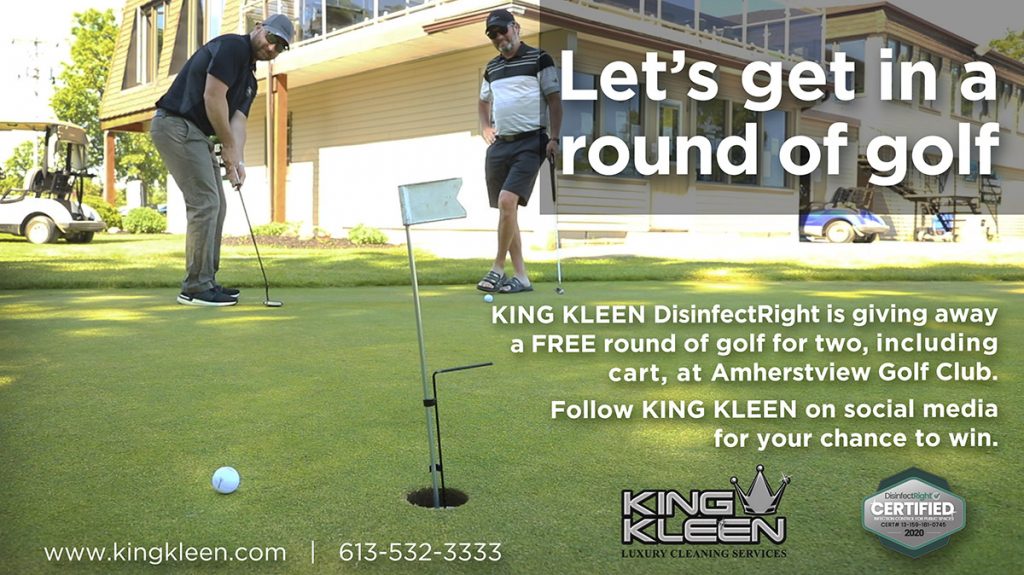 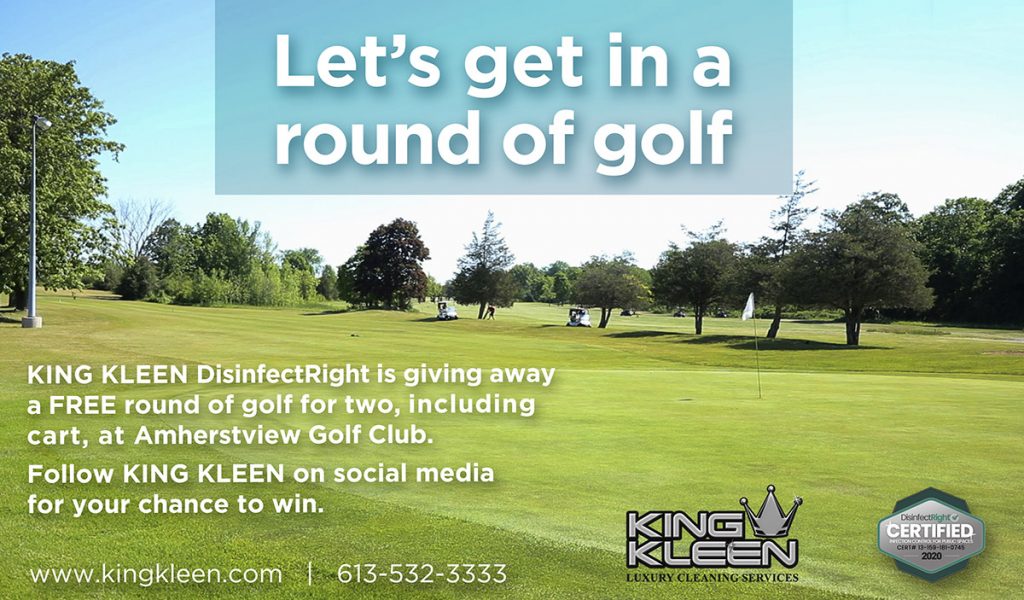 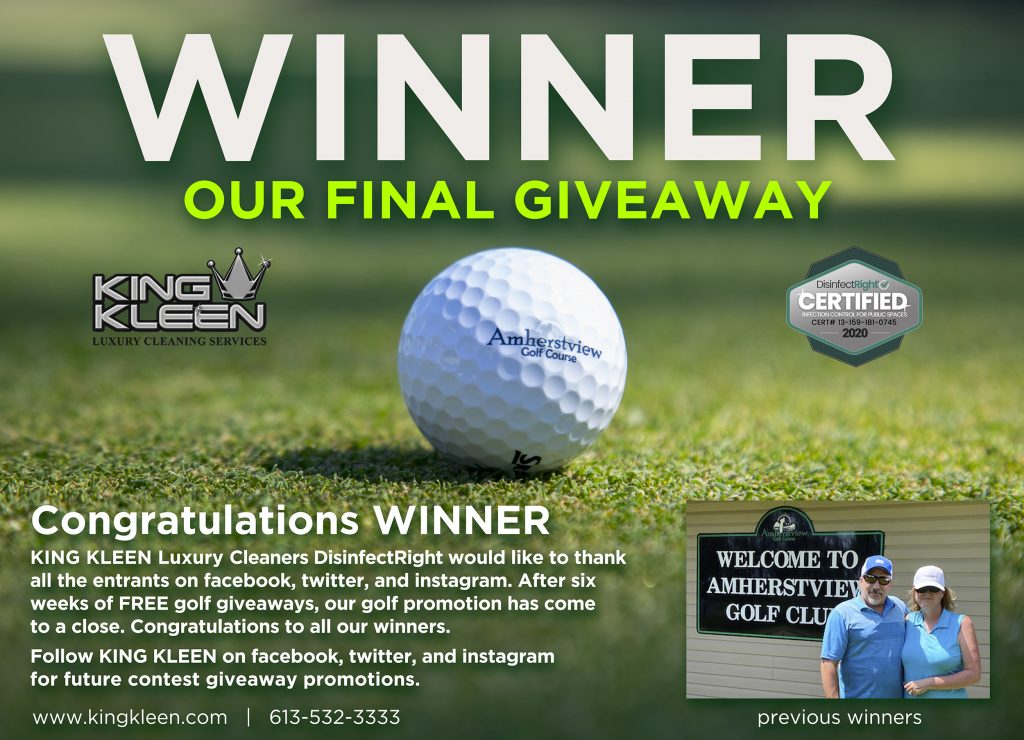 Get up-to-date information from King Kleen on new promotions, customer success stories, and our team highlights!

“Let your light so SHINE before men, that they may see your good works and glorify your Father in heaven.” ‭‭Matthew‬ ‭5:16‬ – ALWAYS SHINING! –